Arriving to South Africa with CSC

It is very exciting to finally arrive to South Africa for IBM's Corporate Service Corps (CSC) program. I arrived to Johannesburg today, after twelve weeks of preparation. The purpose of the CSC program is to give IBM leaders an opportunity to give back to communities worldwide, a kind of corporate peace corps. During the four week CSC assignment, participants perform community projects at the intersection of business, technology, and society. Our IBM CSC team has 14 participants across the globe. At the same time as helping communities worldwide, the program serves as a leadership development program and makes IBM leaders aware with grow markets and global issues (here is an article about the program in. Blloomberg businessweek http://www.businessweek.com/stories/2009-03-11/the-world-is-ibms-classroom

In the afternoon, we visited the Apartheid Museum. A visit to this museum is eye opening, and helps understand and experience what South Africa was like. The country has made great strides in building a society for everybody, but change doesn't always come easy and much remains to be done. 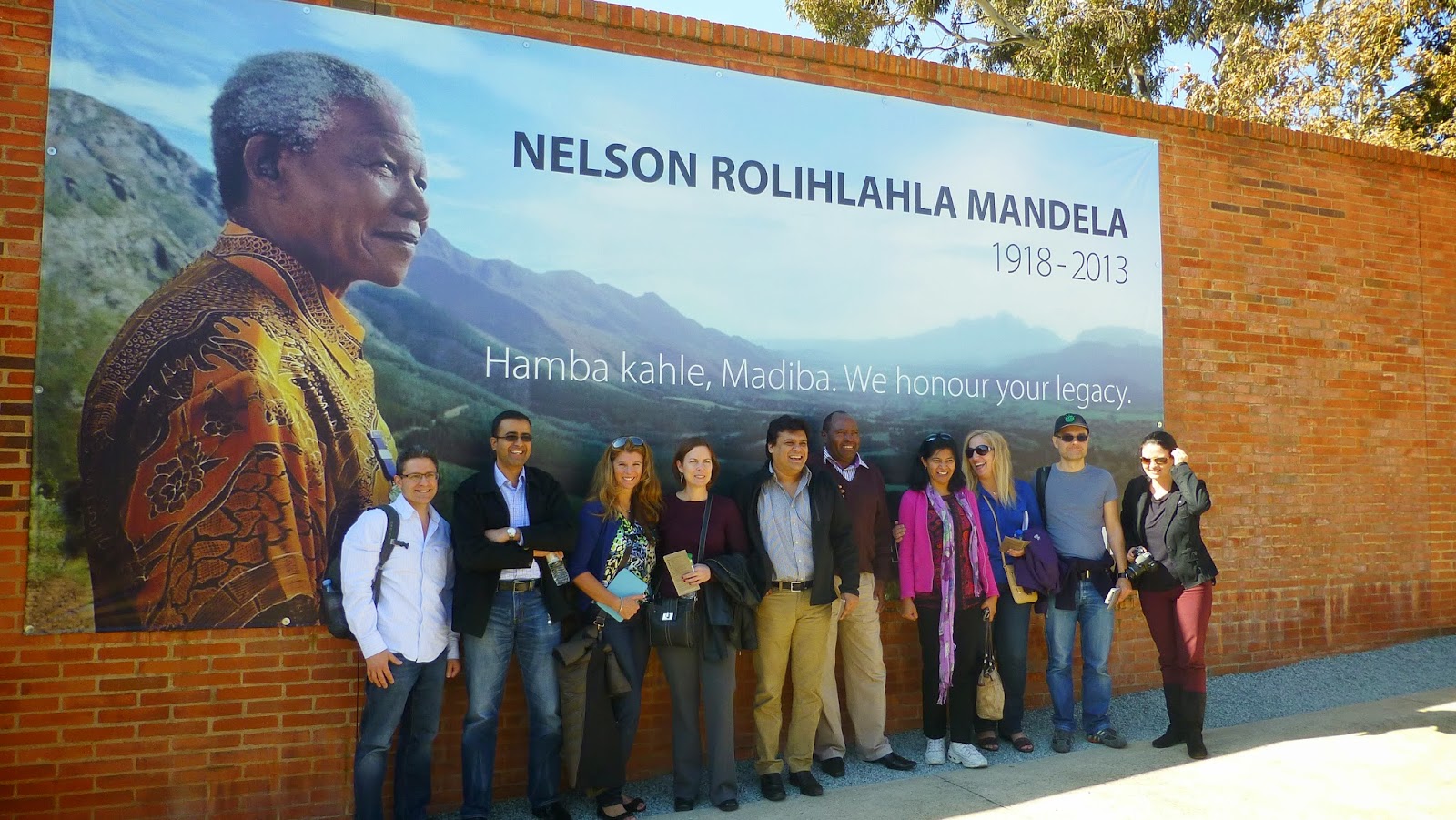 We also visited Nelson Mandela's house, a humble little house on Vilakazi Street in Soweto,
South Africa, where this charismatic and beloved leader lived with his family during the apartheid era. 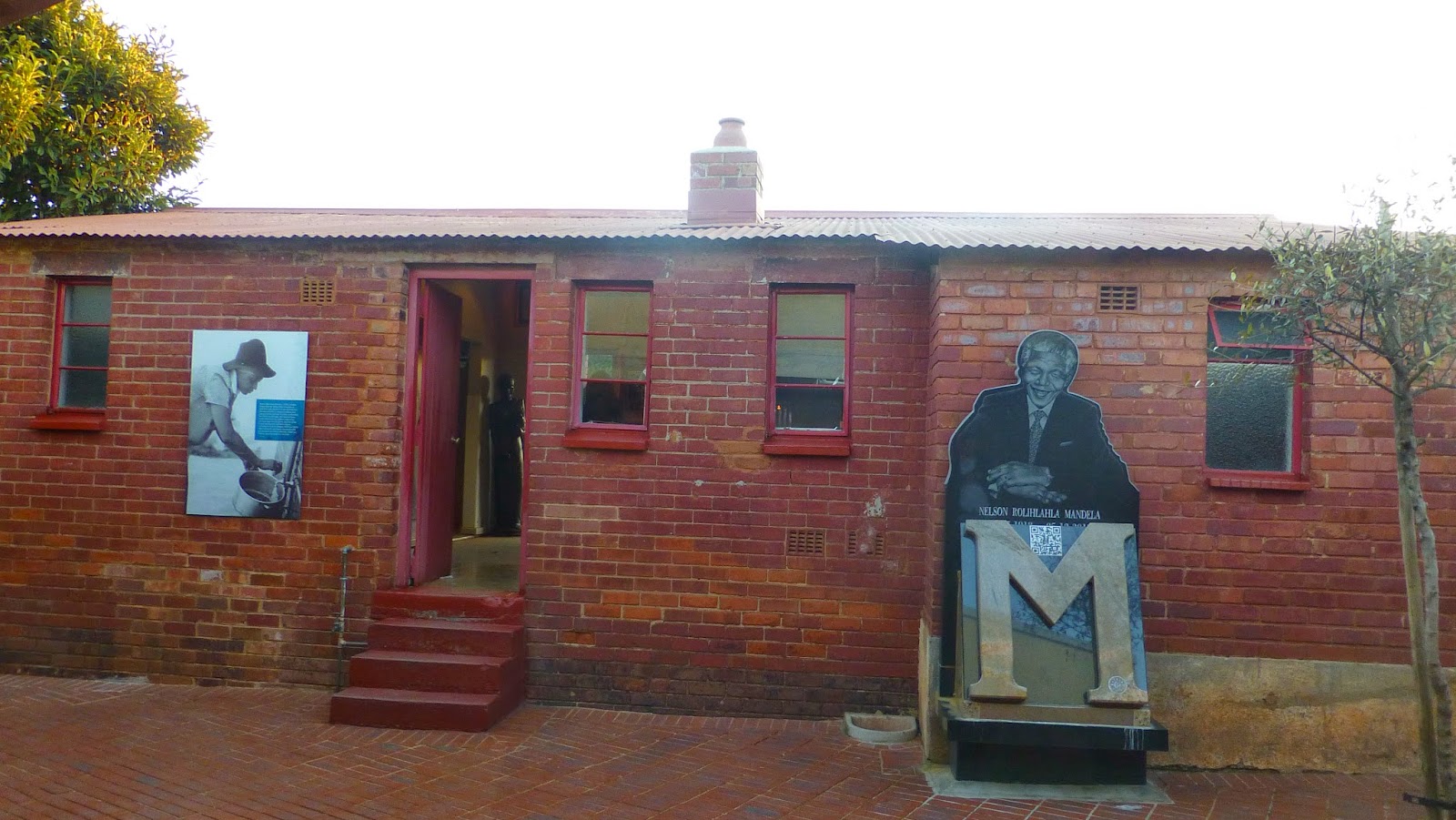 Johannesburg is a vibrant. cosmopolitan city. Rosebank, where our hotel is located, could be anywhere in Europe or the United States.  Our team, who will be working on the project during the next month, is enjoying afternoon sun, discussion, cappuccino and a tasty meal at Tasha's in the Rosebank Mall.  From left: me, Savi, Wouter and Sanjay. 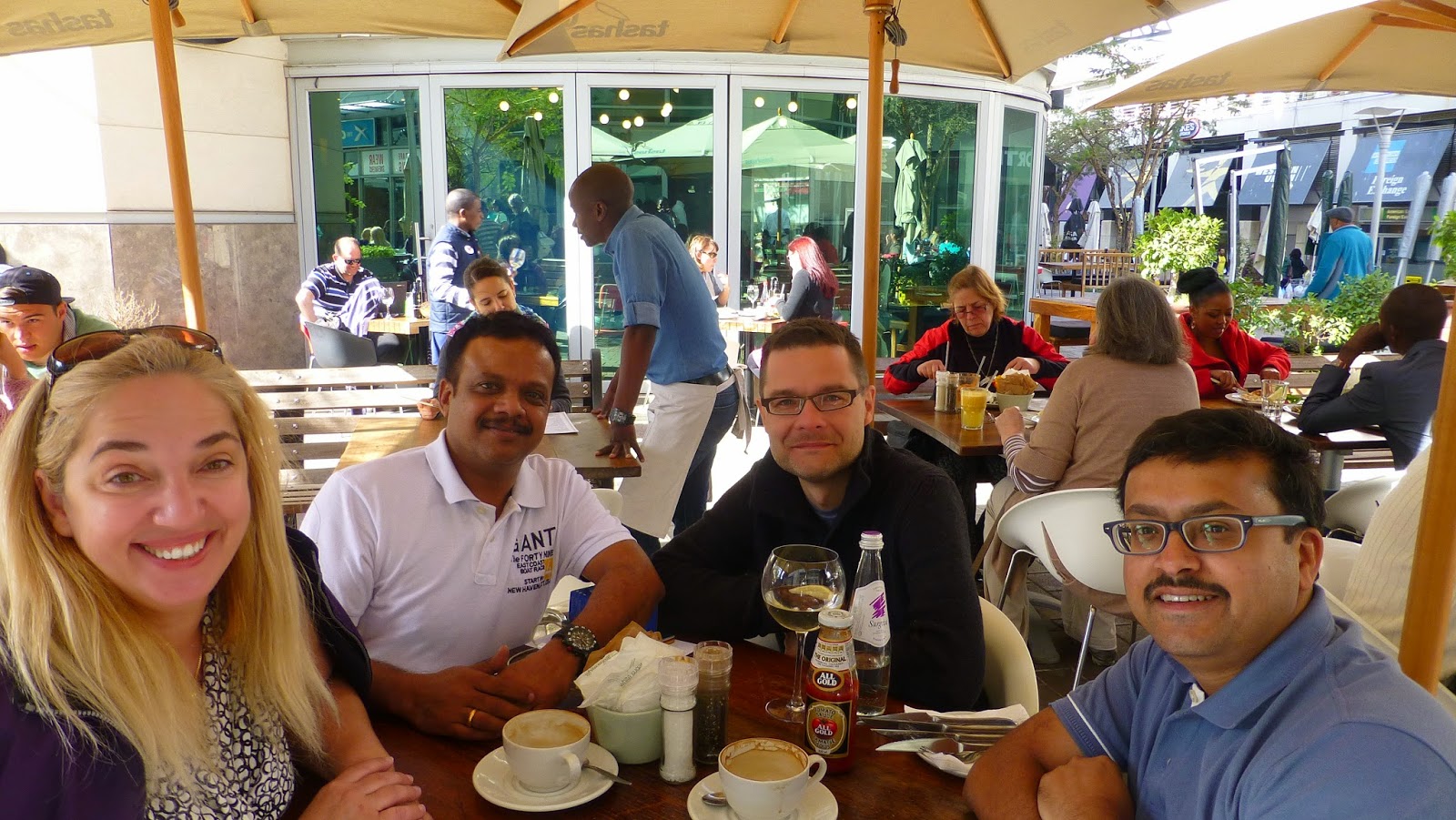 We also visited a Craft Market which is held each Sunday at the rooftop. We found there some most beautiful arts, beads, masks, statues, ostrich eggs and dolls. After some hard bargaining, I acquired two wonderful African teak masks. 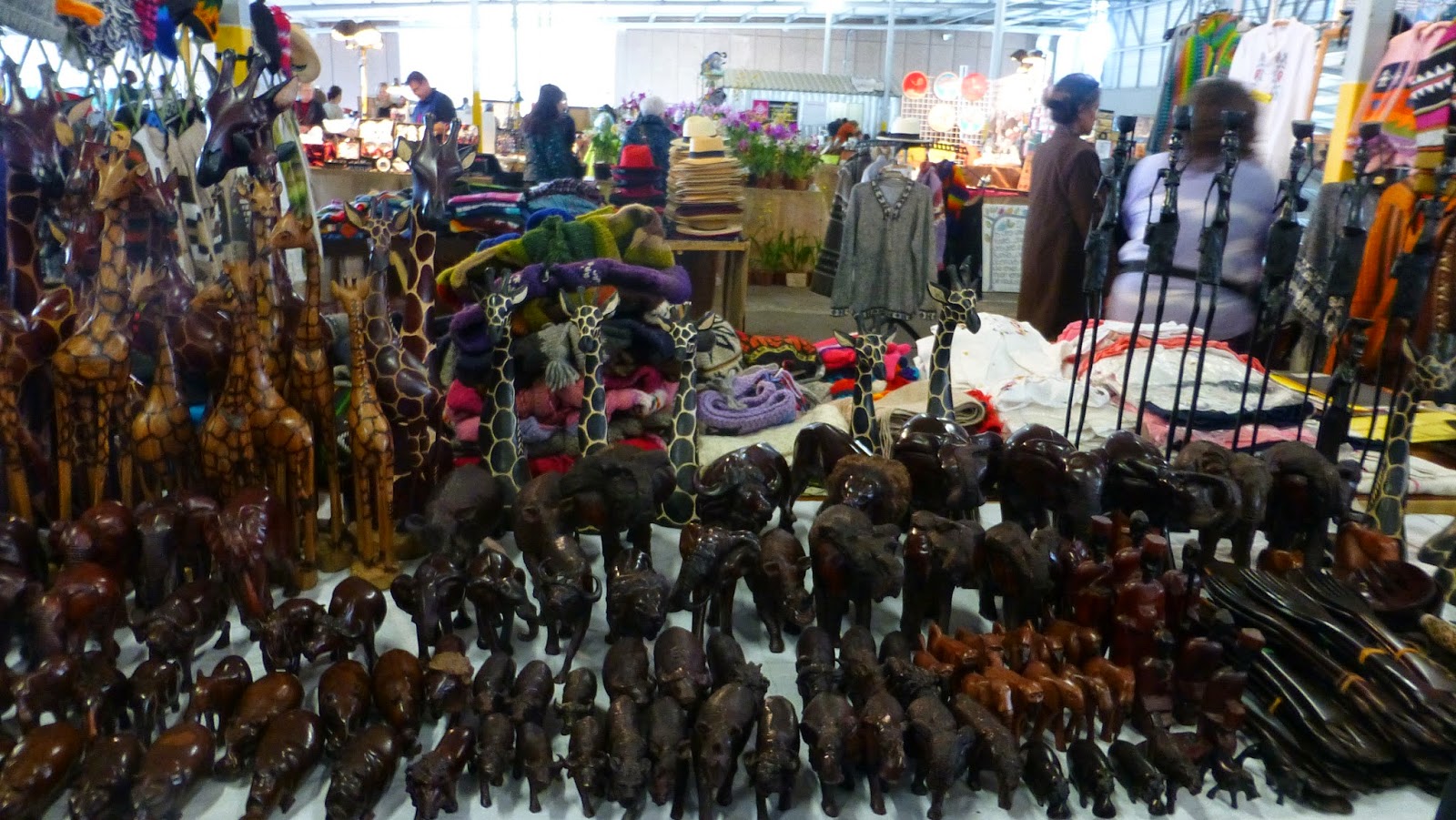 Posted by Valentina Salapura at 7:29 AM No comments:

Today we left Johannesburg and headed to the Northwest province and the city of Mafikeng. This is where we will be working during the next month. 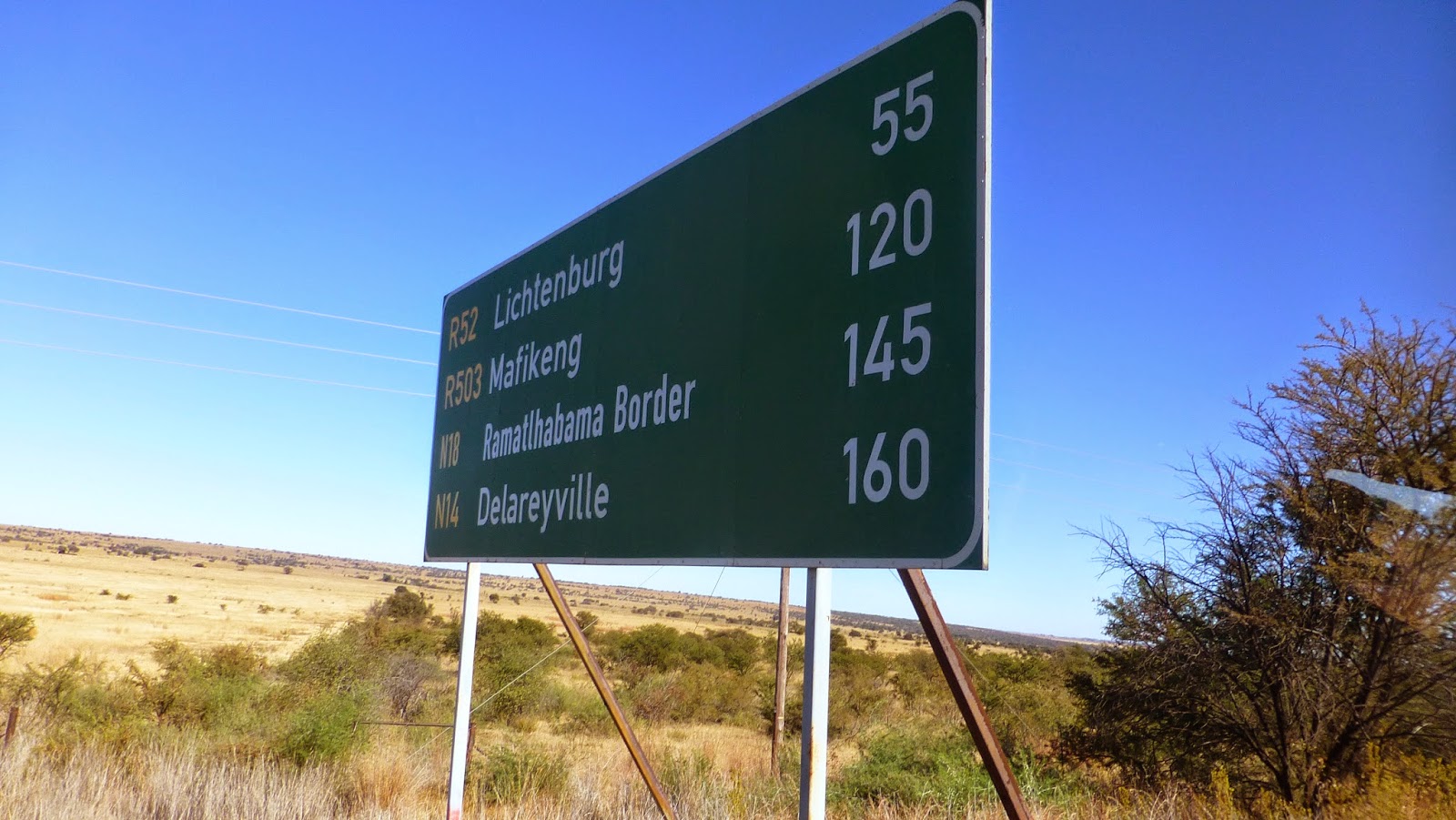 While the distance is less than 300 km, it took us about 5 hours to arrive. We traveled over a good road through dry savannah, and saw giraffes, ostriches and antelopes. You can see giraffes on this picture too - see if you can find them (I was a bit slow with the camera). 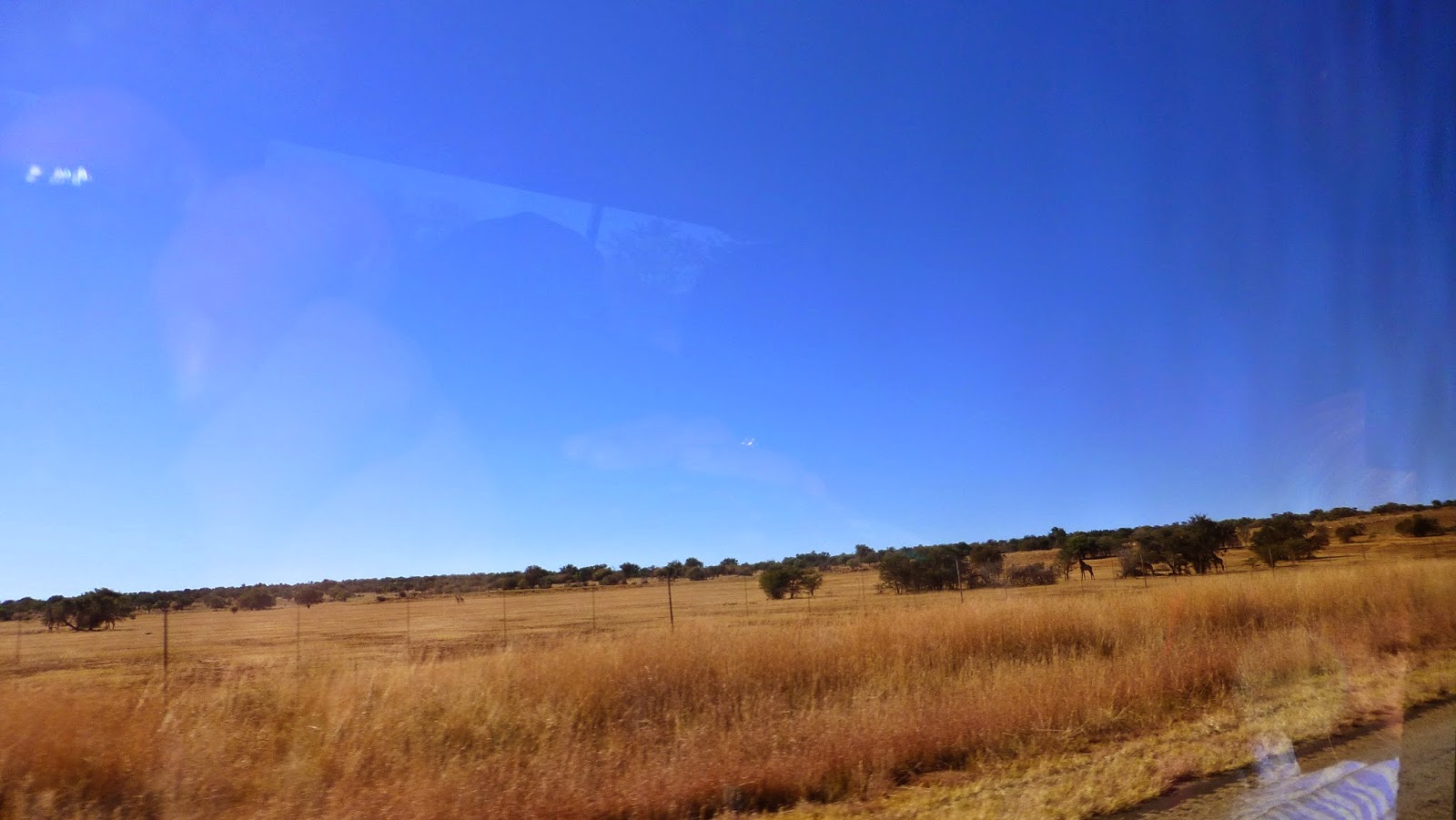 Posted by Valentina Salapura at 7:31 AM No comments:

Today was our first day at the North West University (NWU), where we will be working during this assignment. Our goal is to create a CoLab (collaborative laboratory) which would get together education, industries and the local government in an effort to increase the level of e-literacy of the people in South Africa, and particularly of the North West province.

In the afternoon, we held a conference with the rector and representatives of the NWU, the iNeSI (Ikamva National eSkills Institute), and with the IBMs CSC team to mark the kick off of our effort.
We presented our plan of action and how we are going to approach the forming of a Colab. After the conference, we had a photo session with all participants. 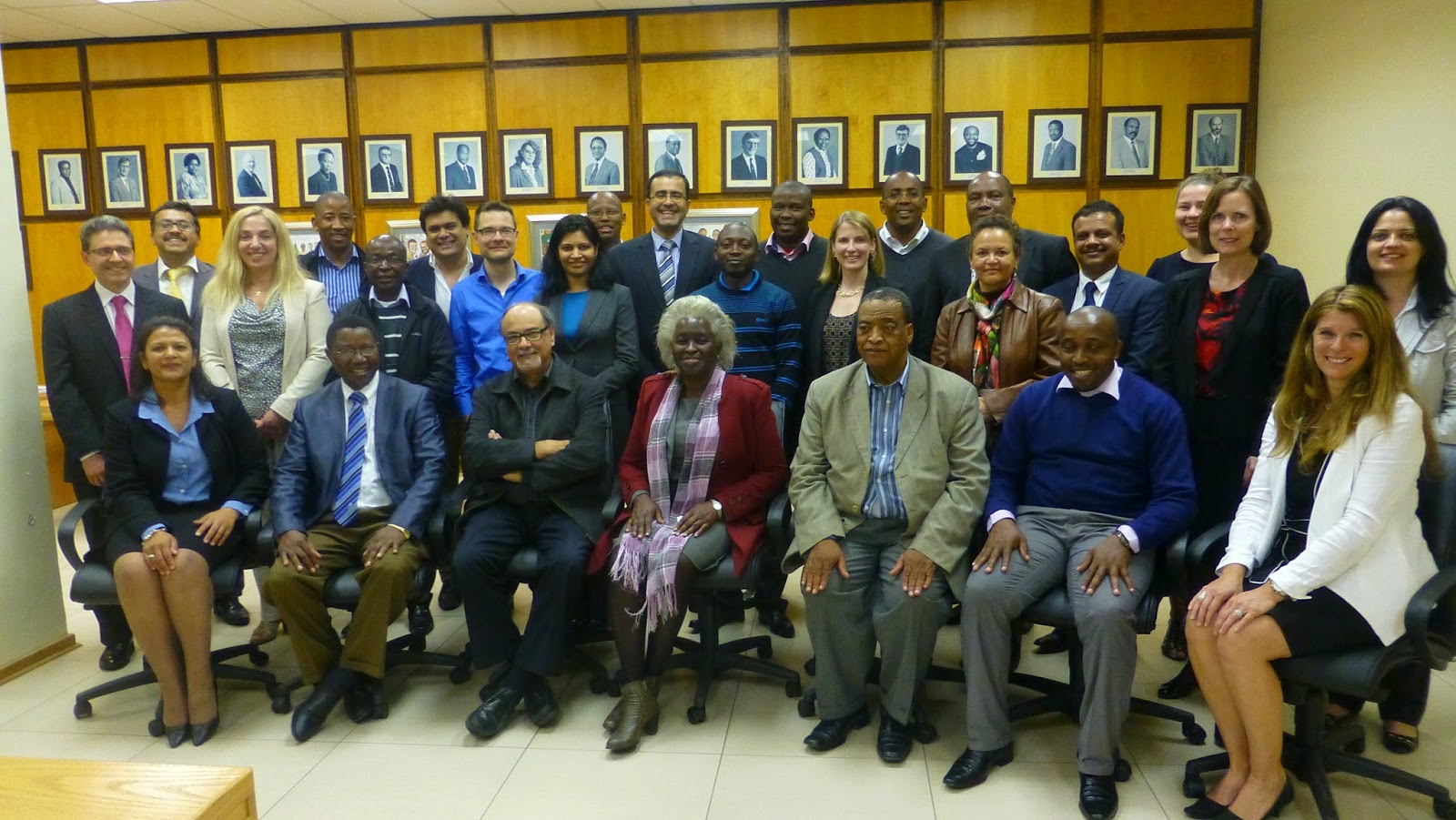 
In the evening, it was time for the Birthday celebration, where my wonderful team surprised me with a cake, candles, singing and a goody bag - it was a party to remember!!! 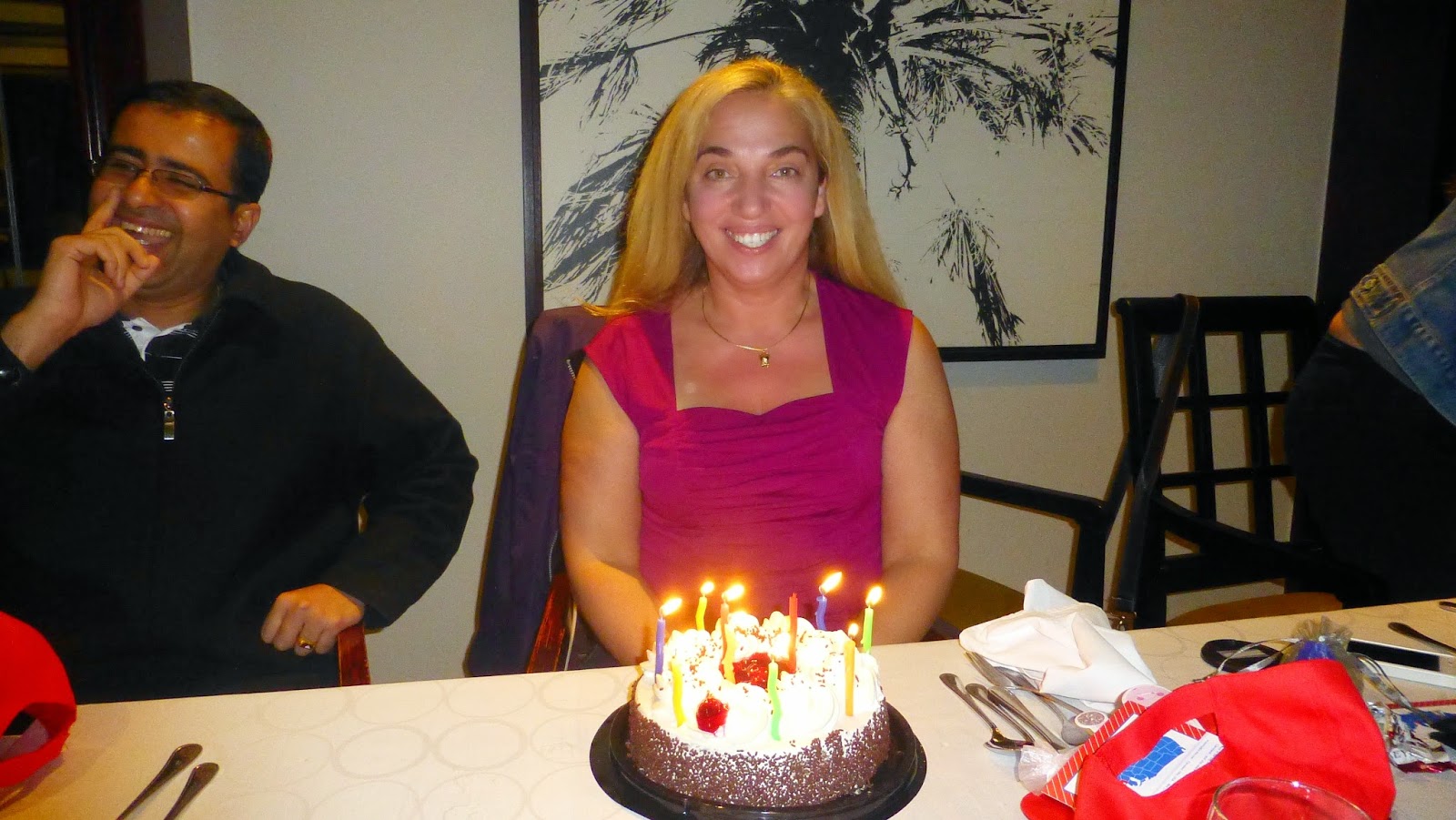 Kisses and hugs to my family - I know they think of me, and wish that we were together today!

Posted by Valentina Salapura at 12:19 AM No comments:

The North-West University consist of three institutions that merged: Potchefstroom, Mahikeng and Vanderbijlpark in 2004, and it became one of the largest universities in South Africa. The Mafikeng campus was started locally, initiated by the donations from locals, and has a strong local community flavor and impact. The Mafikeng's campus is bursting with students, and currently there are many exams. 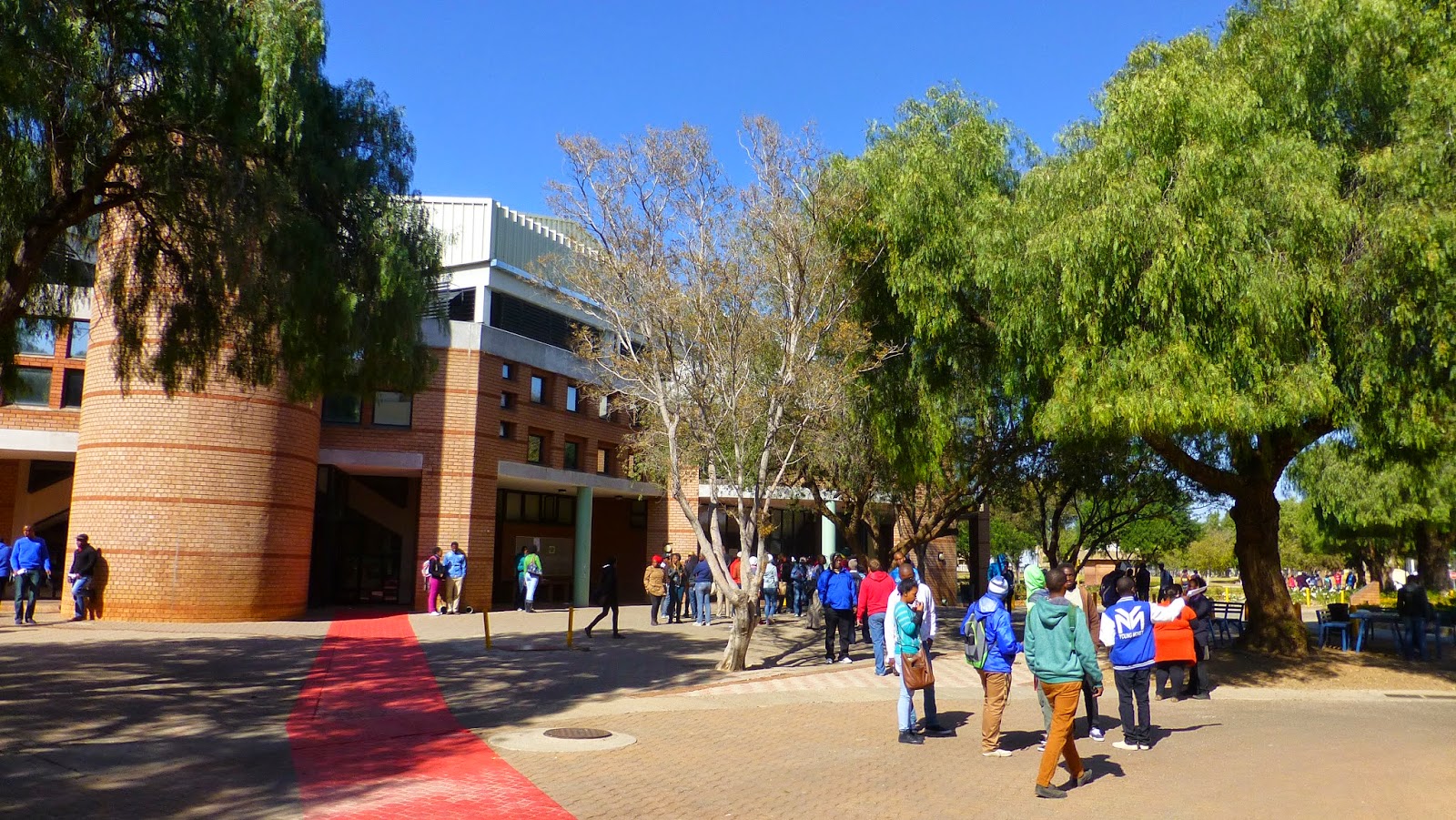 In the evening, we were hosted by the local North West province government officials. We were treated with a tasty dinner and a most educational, entertaining and informative political speech given by  Charles, the new CEO of tourism. We learned a lot about the province's economical structure and outlook for the future, which are invaluable for our task.

We also met the members of the newly formed Creative Department, and the guy behind music for Disney's Lion King, Lebo M. Morake. This South African singer and composer is most famous for arranging and performing music for The Lion King movies and stage productions.

These famous lyrics are in Zulu, and the music was recorded right here in Mafikeng capturing local sounds and rhythms - now how cool is that? 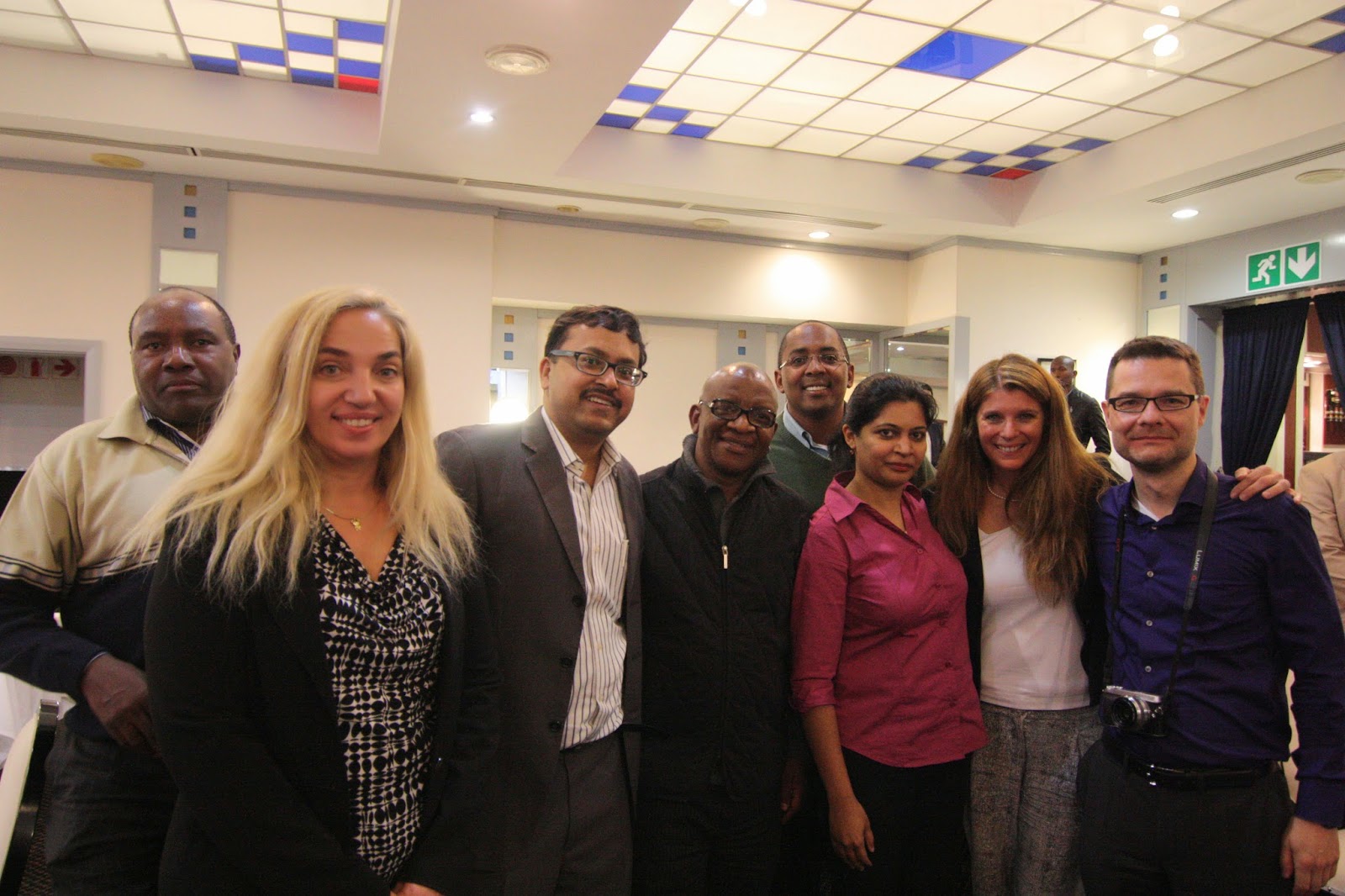 Posted by Valentina Salapura at 7:24 AM No comments:

We spent the weekend in the Madikwe Game Reserve. This is the fourth largest game reserve in South Africa, and one of South Africa's best kept secrets for safari destination. The park is at the Botswana border, at the edge of Kalahari desert.  The animals are so used to open sided jeeps that we were able to observe from close proximity the most amazing events such as cheetahs hunting zebras, or  lions devouring fresh kill!  This is definitely one of the most amazing and beautiful experiences in my life! 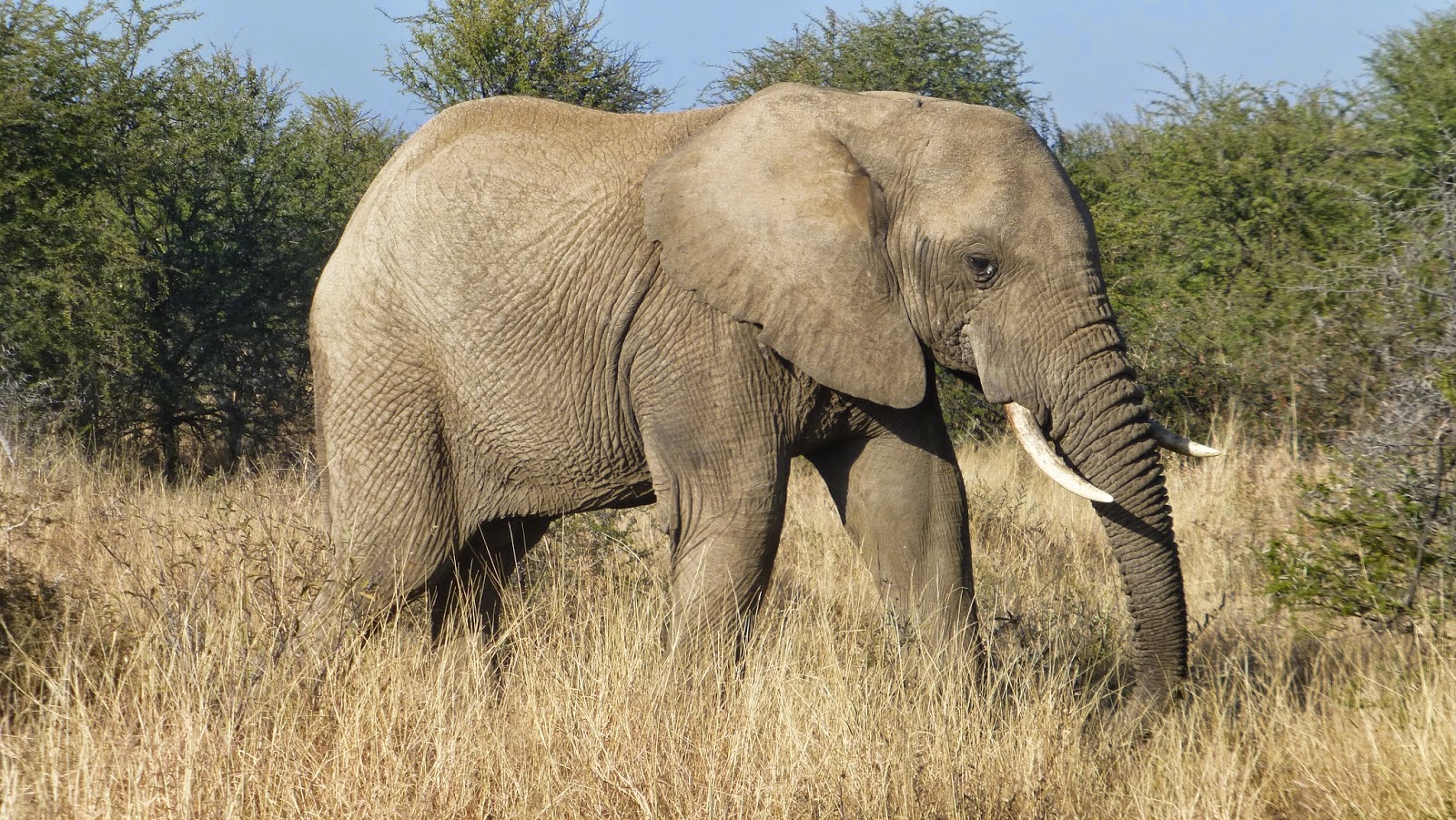 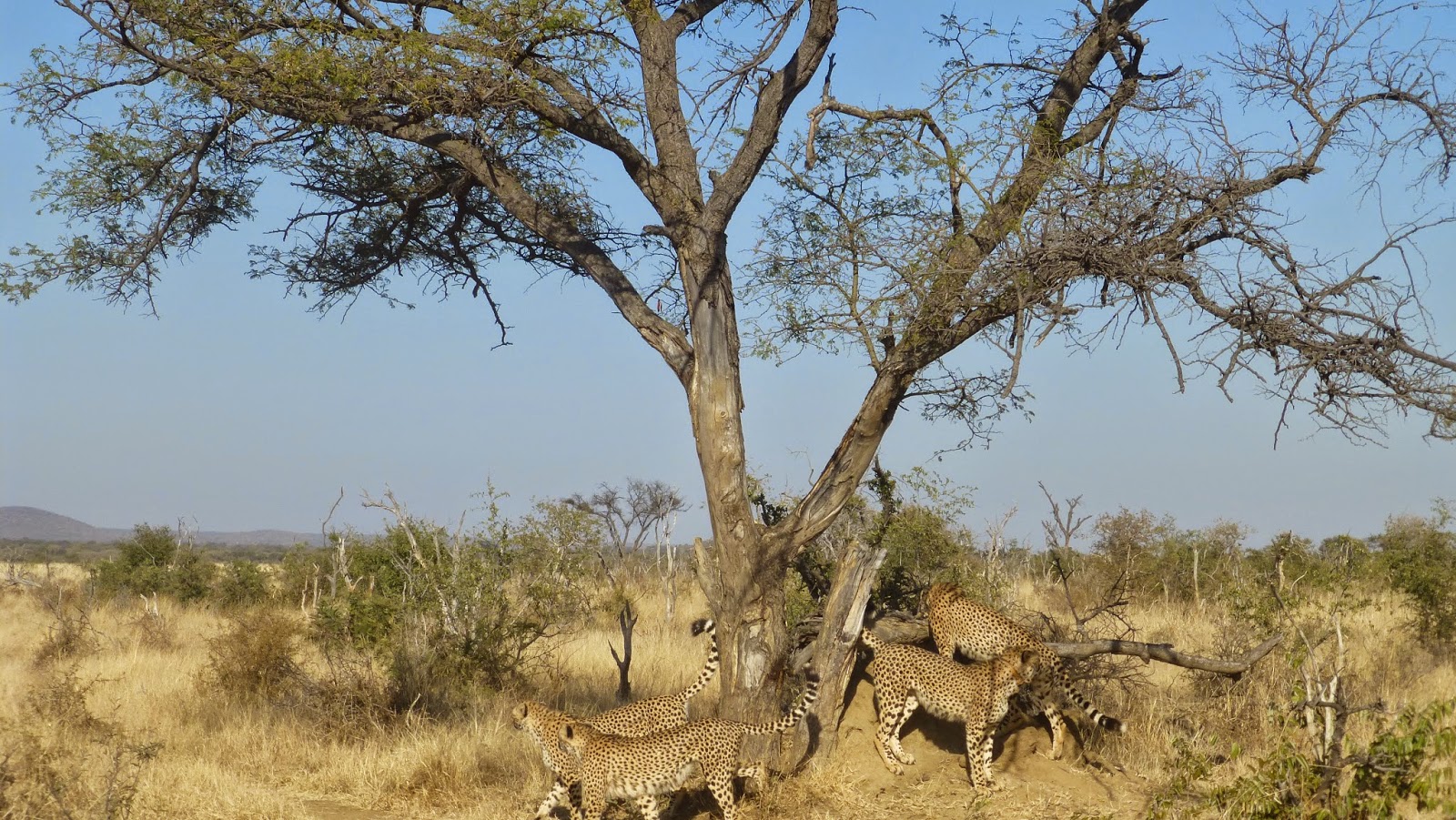 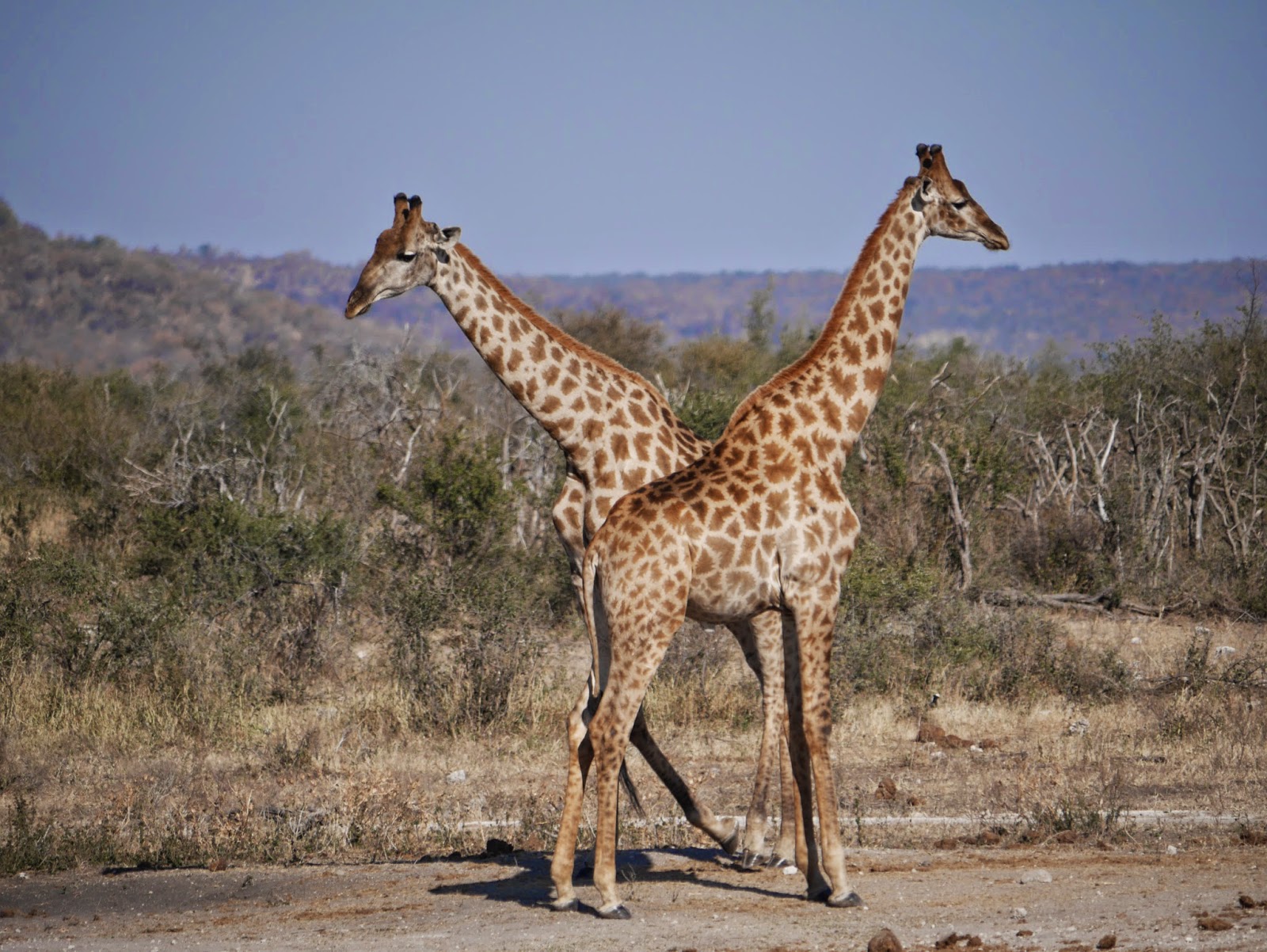 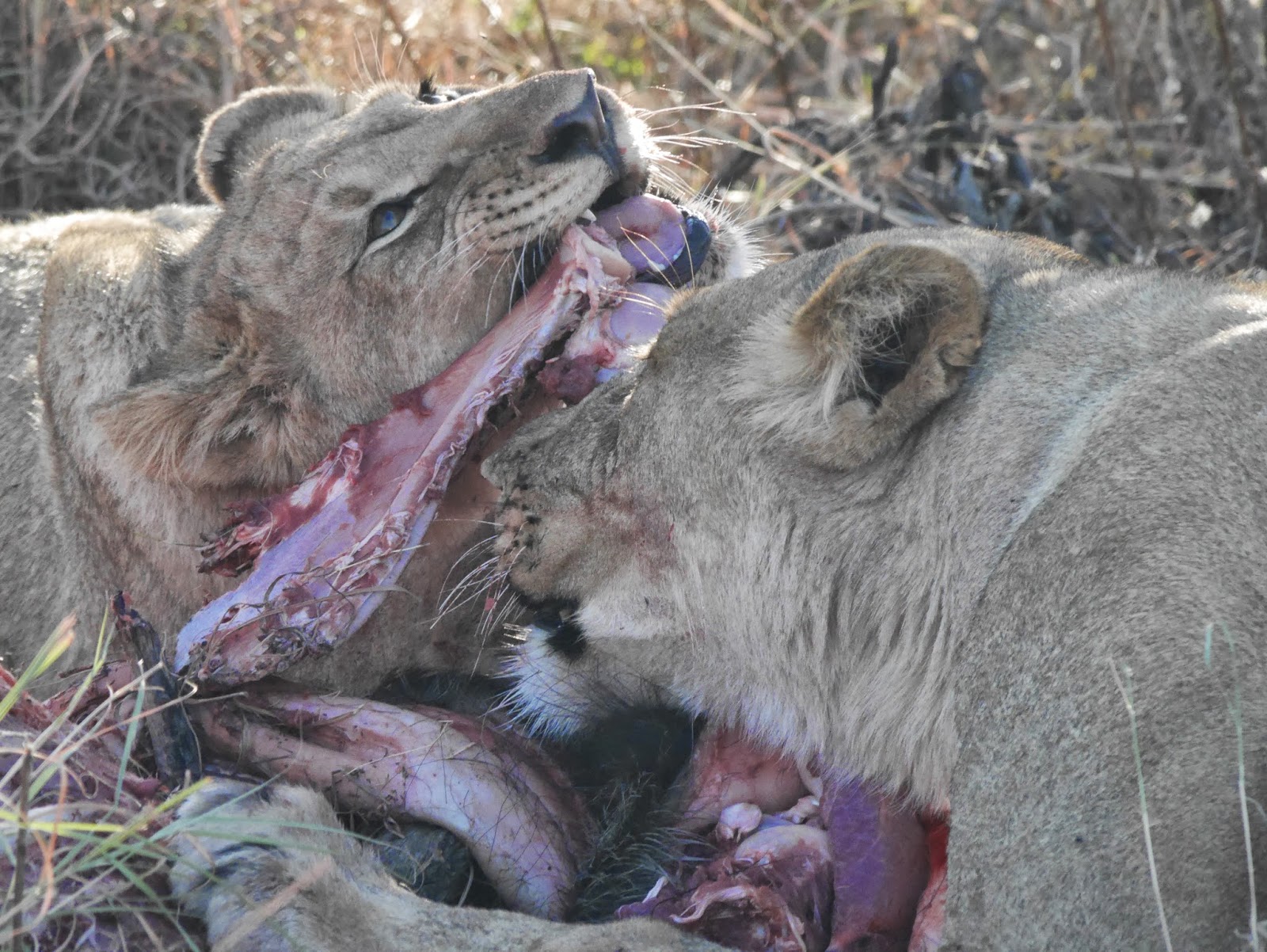 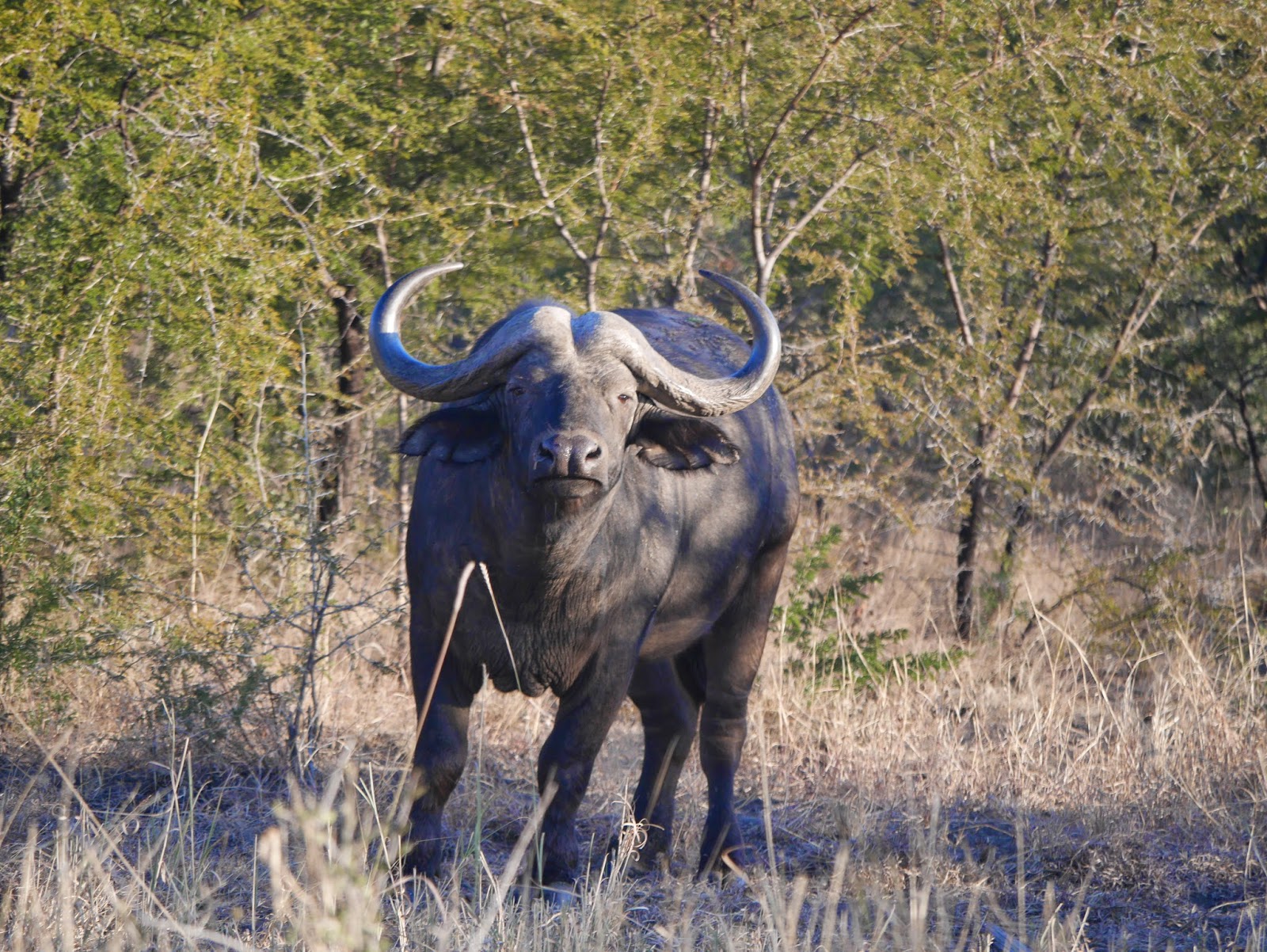 An here is our CSC team with our Park rangers Megan and Dylan. 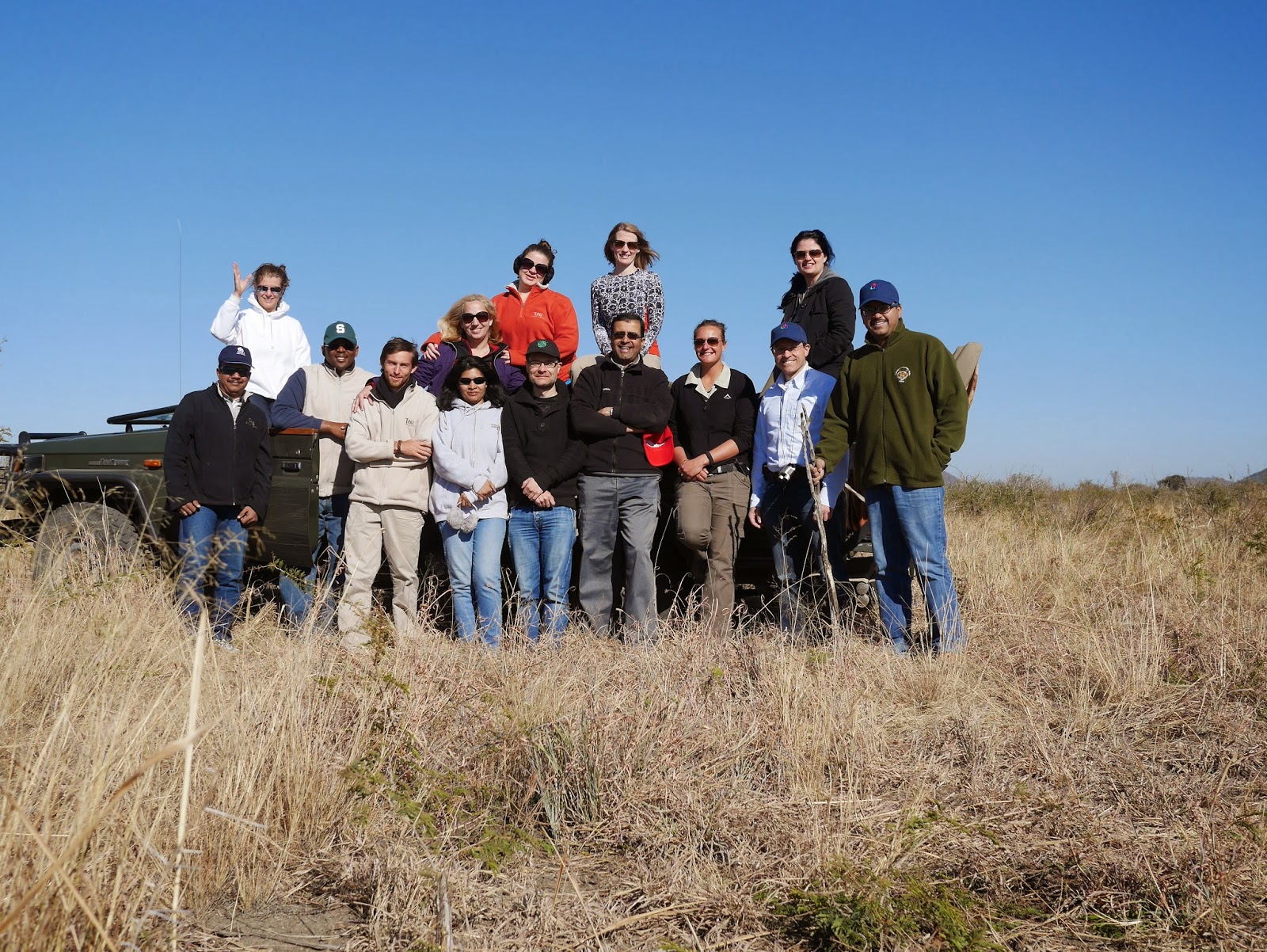 My team mate Katy also edited a great video of our safari, and has a nice slide show - check her blog.
Posted by Valentina Salapura at 7:21 AM No comments:

We had a great discussion with Dr Mabe (picture below) who gave us an overview of how the Agricultural Department of the NW University is deeply engaged with the community.  To fight against poverty, they donate eggs of indigenous chickens to small farmers not for food, but to raise chickens, and donating indigenous cattle for the same purpose. 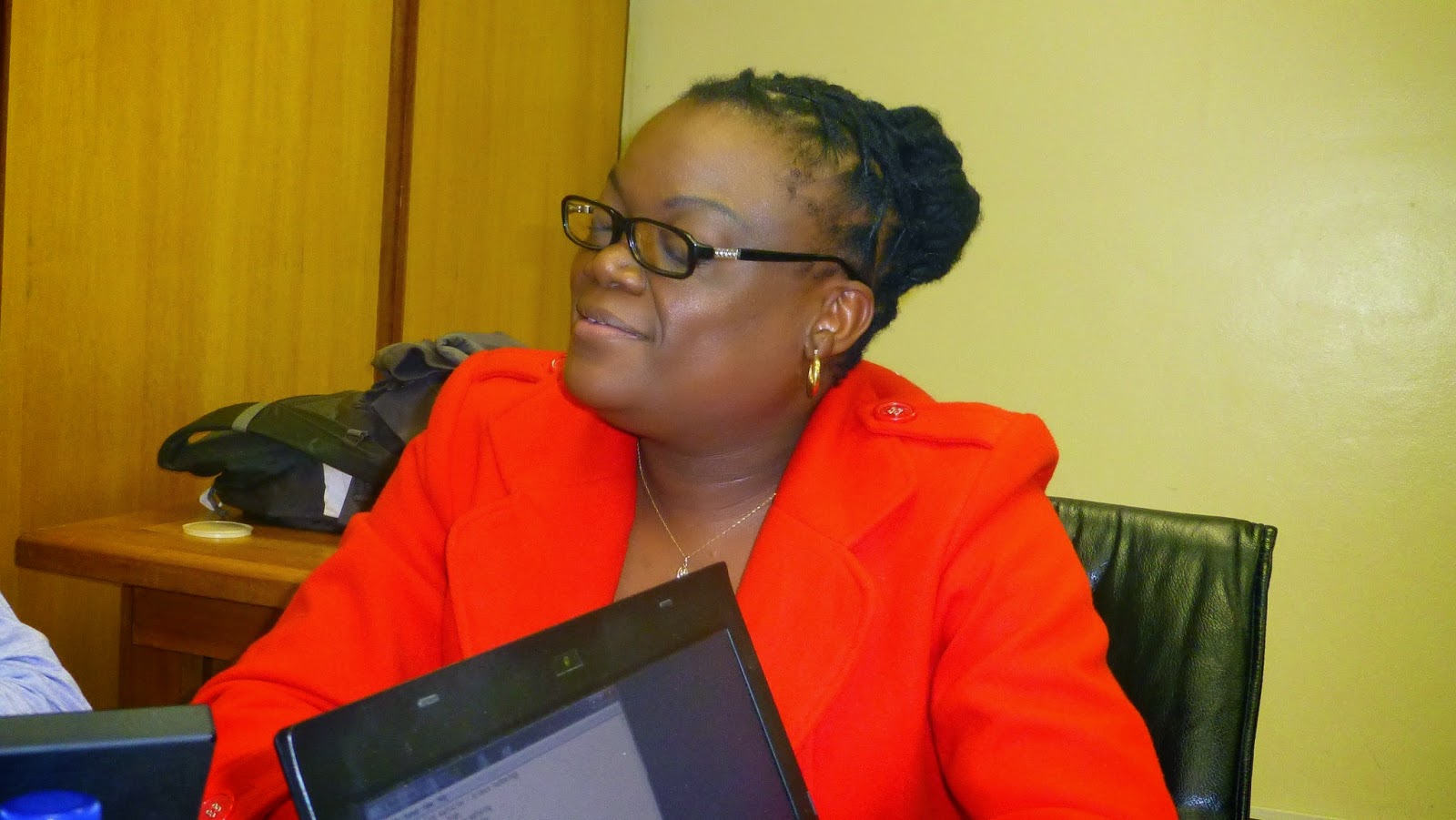 For lunch we were treated with tasty traditional South African food at the local radio station SABC, and toured the facility.  While visiting Benny airing his radio show I sat on a chair which all of a sudden turned into a hot seat. Benny started interviewing me on the spot without warning about our assignment in Africa, and millions of people listened.  Check out what I said. 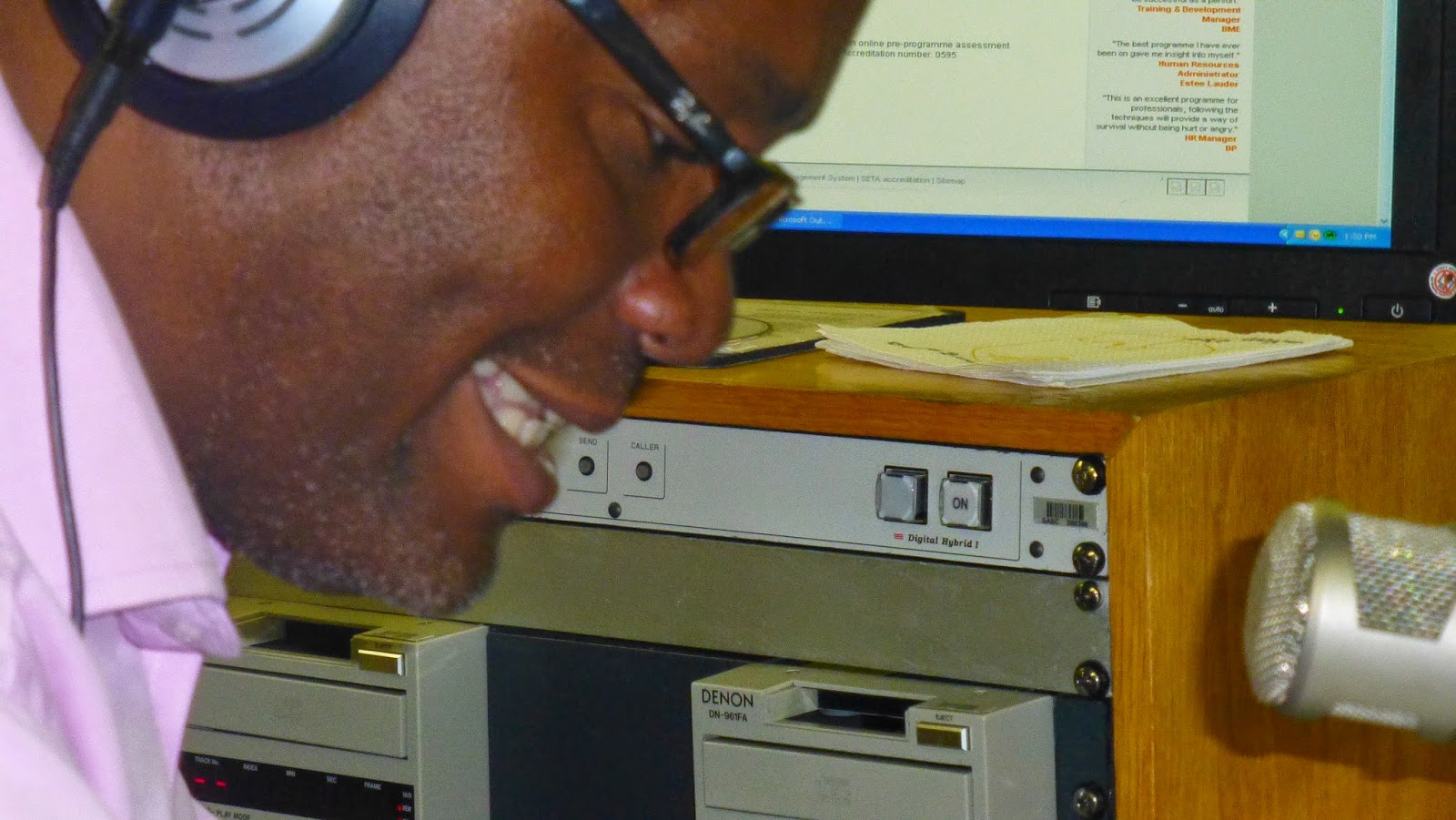 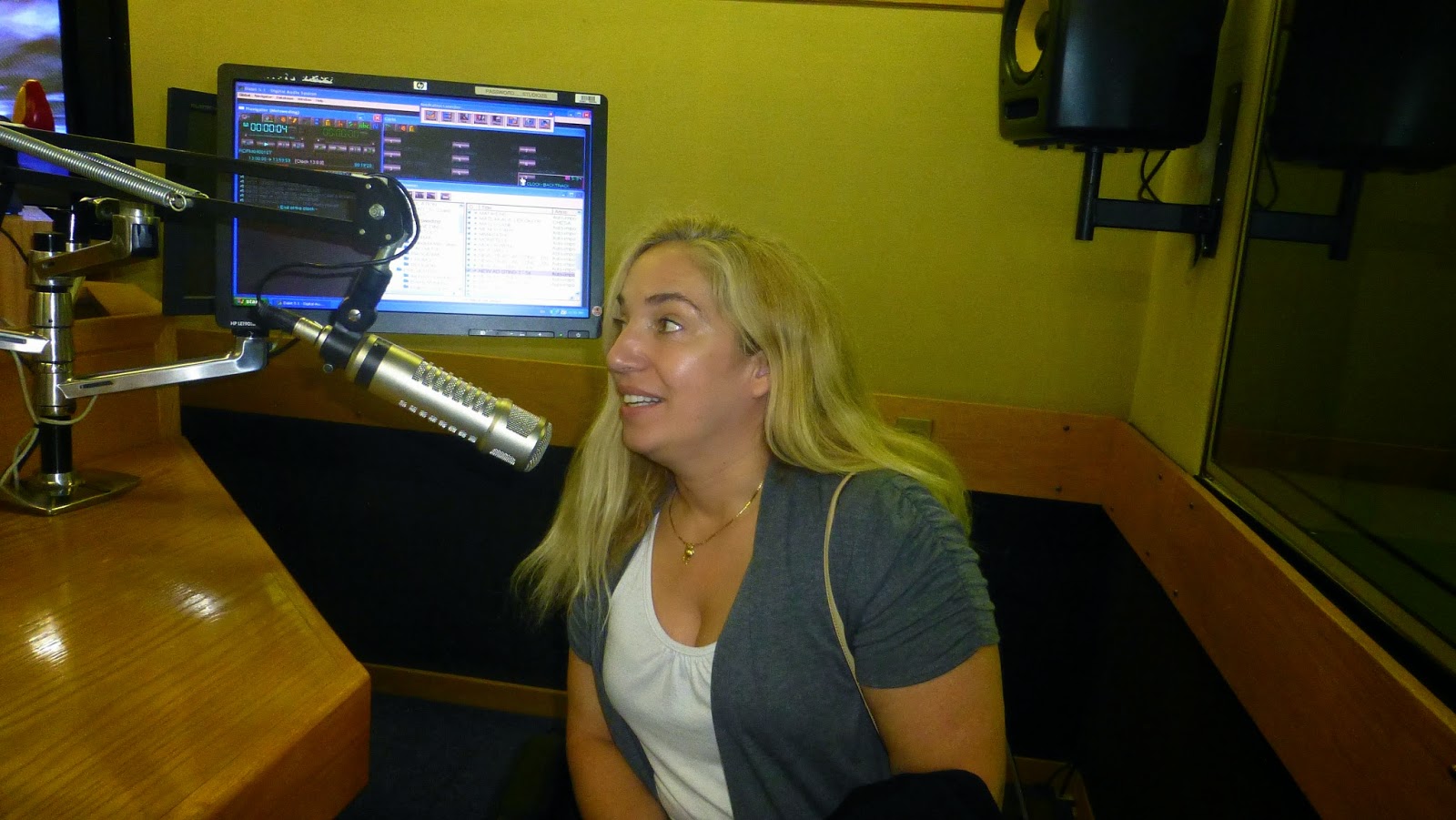